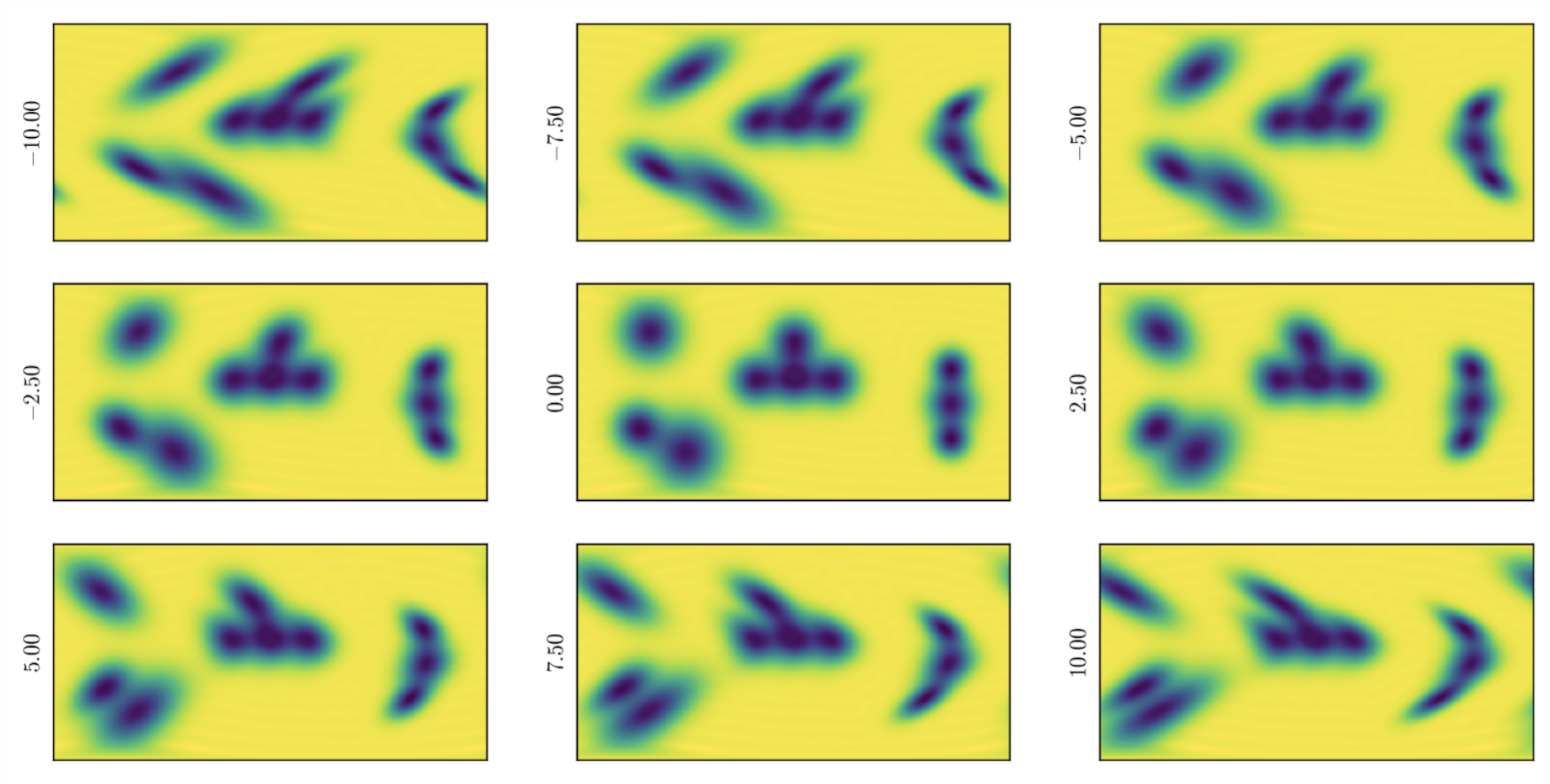 This week we had a smaller group meeting than usual (long weekend, summer weather, apocalypse, etc.), but we still had some interesting conversations!

Rodrigo Luger discussed some work he’s been doing to efficiently fit the light curves of differentially rotating stars (see the header figure). This was inspired by his collaboration with Fran Bartolić to map the time variable surface of Io using occultation light curves as discussed last week. In the limit of long lived spots, Rodrigo has demonstrated that many of the degeneracies commonly found when mapping stellar surfaces using phase curves can be broken. But, he’s now looking for good test cases (including this sample) and he will look at the issues introduced by variable spot lifetimes.

Next, John Forbes updated the group on a project that he previously blogged about where he (in collaboration with Nia Imara, Harvard) is quantifying the density structure in turbulent box simulations. The key ingredient of their method is that the eigenvalues (or ratios thereof) of the local Hessian matrix of the density (or log density) seem to separate the structures in these simulations along axes corresponding to the qualitative descriptors that are generally used. Now they’re working to get a better understanding of how to interpret these quantities by visualizing the Hessian matrix at various points in this parameter space. These are hard to visualize since the data live in three dimensions so they have been making 3D matplotlib animations of the stencil used to estimate the Hessian, but they remain hard to interpret. There was some discussion about alternative visualization techniques and whether or not it even makes sense to try to qualitatively interpret these features.

David W. Hogg shared some work he has been doing with Soledad Villar (NYU) to understand the relative performance of discriminative and generative models for prediction tasks in several toy scenarios. They find that generative models marginally outperform discriminative models in many of the test cases they try. In particular, they find—in agreement of previous results in the literature—that discriminative models have catastrophically poor performance when the number of training samples is approximately equal to the dimension of the data, even when the model performs well for both fewer and more training points.

Finally, Sam Grunblatt led a discussion about the definition of the Galactic stellar halo. He asked about the relative importance of kinematics, chemistry, and current coordinates. There was broad agreement that chemical and dynamical arguments are both important, but the discussion predictably devolved into the assertion that the Milky Way is not multi-modal in any dimensions and that classifications should be continuous rather than discrete.